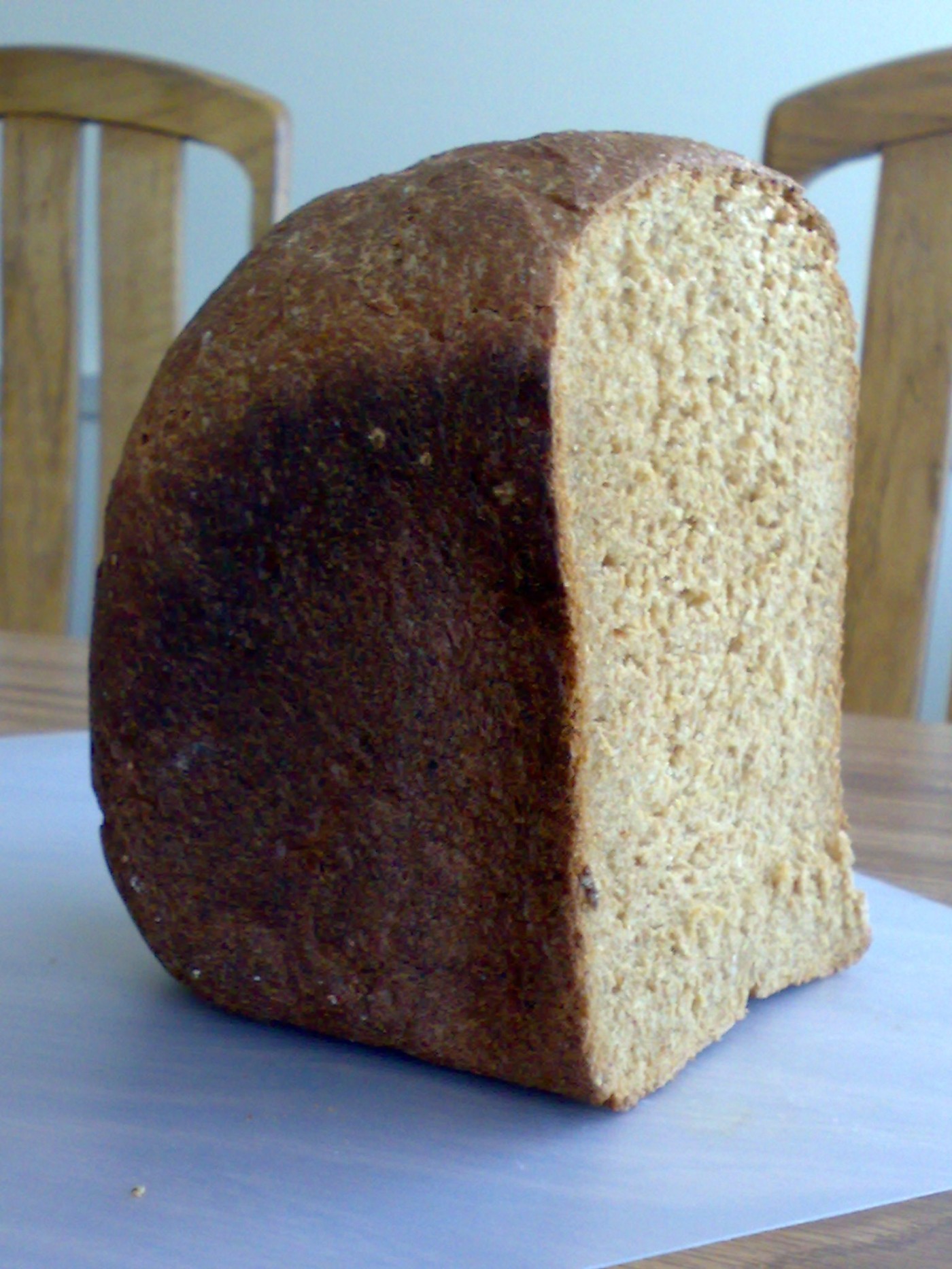 I promised an update on my bread machine baking experience as written about here, and recently blogger Jennifer Morgan from Military Zero Waste tweeted the post, so figure I’d best stick to my promise!

There have been many successes and a few failures with my charity shop machine.  Not the least of which was the time it vibrated right off the counter during the kneading process, and landed on the floor!  I picked it up, plugged it back in, and it continued baking right from where it had left off.  I don’t remember what that bread was like, but it was definitely edible, even if one side was raised higher than the other.

With a lid that no longer properly closes, all the ensuing loaves of bread were oddly shaped, with one end of the loaf higher than the other – as a result of the slight draught where the lid didn’t close properly.   Now I lay a plush towel over the top; problem solved.

Another problem I had was getting the crust the way I like it – slightly chewy.  I’ve discovered leaving the bread in the closed machine for 15-20 minutes after the cooking has finished will make a chewier crust.  More than 30 minutes and it’s just soft. You can experiment with the length of time to get the crust just how you like it!

Lately I’ve been enjoying this recipe for raisin-nut bread:

Remove baking pan from machine before adding the ingredients to avoid spills on the electrical element!

If you want something healthier, and more substantial, sprinkle the following ingredients on the top of the flour, around the edge of the pan – careful not to spill any onto the yeast.(You can of course, add the yeast AFTER.)

Bread machine books tell you to add these ingredients after the mixing is partly done and the machine beeps.  I like to put the bread on before going to bed, and set the timer so I wake to the smell of freshly baked bread.  The mixing process partially breaks down the nuts and raisins, resulting in a denser texture, and richer, sweeter flavour.

The loaf pictured above pic is what remains of yesterday’s efforts – the baking of which was a comedy of errors: