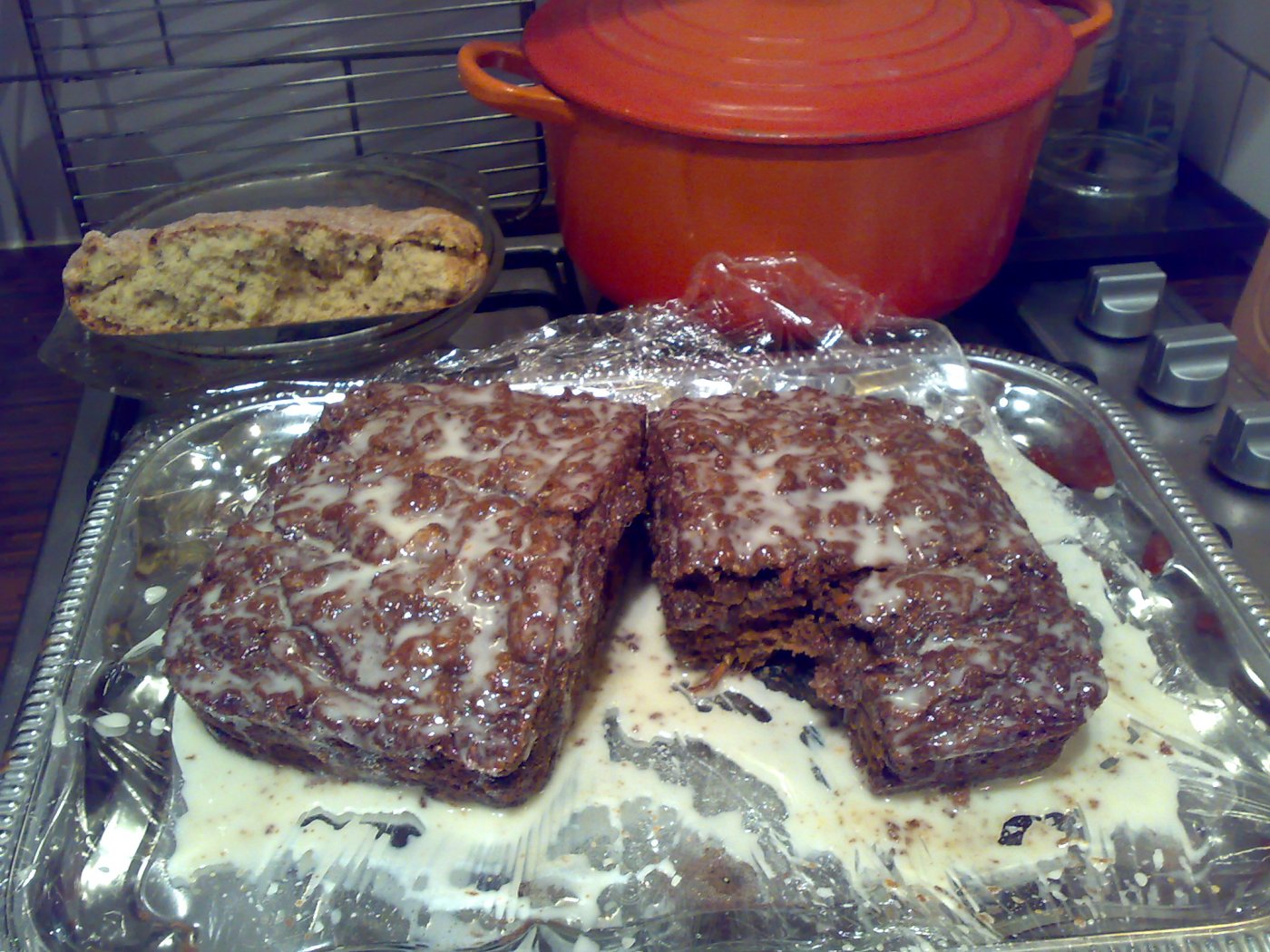 I get these huge carrots in my veggie box.  They’re not great for slicing and eating raw – a bit woody.  They don’t even deliver a great taste when cooked, so I thought I’d try them in a carrot cake. I’ve been wanting to try vegan baking, but as I was experimenting with the basic recipe, I chickened-out and after 1 spoonful of egg-replacer, went back to eggs.
I also made the soda bread, experimenting with additions to add flavour and texture. Recipe follows cake.

Sift together the Dry Ingredients

By now the apples should be ready.  They should be a dry stew, rather than wet.  You don’t want too much water as you have the eggs and treacle.  Measure it out.  You need about a cup.

Mix the apples into the wet ingredients, then pour that into the dry ingredients and mix by hand until all the flour is mixed in, and then mix it a bit more.  (I found a pocket of flour embedded on the spoon when I poured mine into the pan, so you really need to mix it, but don’t use an electric mixer.)

Bake in 170C for 40 minutes, then reduce temperature to 150C and cook until a toothpick inserted in centre comes out dry.

The cake is dense, wet and heavy.  Not too much sugar, so a decent snack or dessert after a light meal, such as soup.  The icing (recipe follows) is really the only decadent element – and, oh go on – now and then won’t hurt!

The soda bread is pretty simple:

Mix together in a bowl:

I drizzled it over the cake and put the rest aside in a container and used it as a sauce. It was deliciously decadent and only lasted about 48 hours!  Oh, I’ve lost 6 kilo.  Oh well, it’s only now and then.