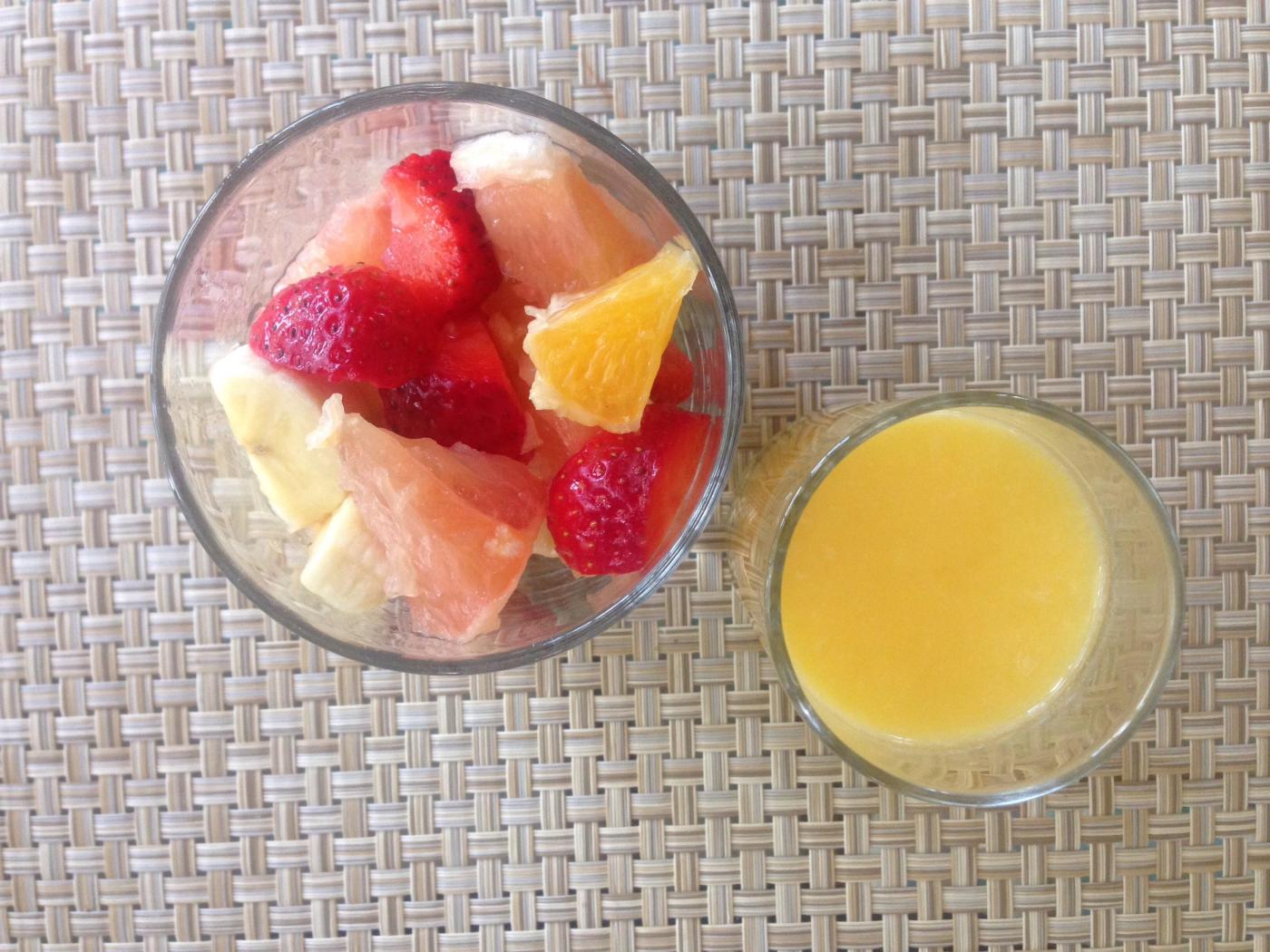 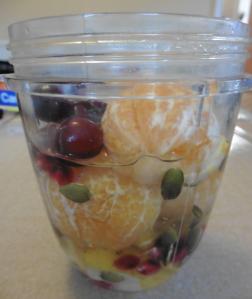 I became a juice(ing) freak when I lived in Barcelona. I shared an apartment for a while with a couple of guys, one a Catalan policeman (he owned the apartment) and the other a Canadian from Toronto who was working as a bicycle courier. The Catalan policeman had a juice maker – which we lowly tenants weren’t allowed to touch.  Although stingy with the machine, it made so much noise, he did show us the courtesy of taking it out to his shed to make his juice in the early morning hours.

I didn’t live there long; he used to come out of his bedroom and sniff me when I came home in the evening.  He’d stand, blocking my path, lean his face right into mine and sniff me.  When I’d had enough of being sniffed,and sometimes accidentally on-purpose felt-up whenever I came in late, I looked for somewhere else, and moved on.

When I was settled in the new place, this time sharing with a very nice, Catalan tennis instructor,  in a huge top floor apartment overlooking the city, I told him about the juicing experience at the previous place, and said: “I want a juice maker.” That night, when I got home, there was a used juice maker sitting on the kitchen counter with a note: “Ask and you get.” Much nicer than being sniffed, or pawed!

The next morning I went across the street to the local fresh produce market, and bought carrots, ginger, oranges, apples and beets, and went home to start my juicing life.

My favorite juice has got to be carrot, apple, ginger.  But I like just about anything put through the juicer. These days I don’t juice much, I gained weight juicing (YES!), and prefer to get the fibre which is extracted in the juicing process, leaving you with nothing but – well – juice! For a while, I saved the fibre in the freezer and used it for muffins, but I had way more fibre than baking time, and have never been a huge fan of muffins, so that didn’t last long.

Somewhere along the way, I acquired a juicing recipe book – which I never use. Preferring to just put through the juicer whatever I have handy.  If you are looking for a book, Super Juice, juicing for health and healing, by Michael van Straten.

Now I am more of smoothie freak, using kefir with fruit and psyllium. The kefir’s probiotics populate my gut with healthy bacteria, while psyllium helps regulate digestion.  I buy plain, unsweetened kefir, and blend it with a little organic apple juice (as a sweetener) and frozen blueberries; or a banana, a drizzle of honey and a heaping tablespoon of raw cacao.  A woman I met at the Rifflandia music festival tells me she makes her own kefir and suggested buying a starter on Used Victoria.

I’ve just bought a scoby to try my hand at making kombucha.  I’ll let you know how well that turns out; but not tomorrow. I have a kale and polenta recipe lined up.